ANC organized the Mini Orientation for our students under the Australian Foundation Program, taking place on the 22nd of August at Rocco’s Pizzeria. The evening was an effort to provide the former with the opportunity to network with their peers, while also smoothing out the transition to the Australian Diploma Program for those who wish to pursue it. The evening saw our students partake in trivia activities based on the Australasian region, in the midst of indulging in good food and great conversation along with it.

Eshan Avishka, a former pupil of Royal College Colombo, was one of the many students who participated in the event. He hopes to pursue a career in Engineering, plans which the Australian Foundation Program here at ANC has been an integral part of. Speaking about how the Program has been beneficial to his plans, in the long run, he says, “the plan we’ve had laid out is superb, and the level of attention the lecturers here show us is great.”
The program further succeeds in being one that provides its students with a well-rounded experience as well, which Vidun Chandradasa, having read for his O/Ls at Ananda College, makes sure to mention. “ANC offers a range of extracurricular activities and events that I’ve been a part of this year and has really provided us with an opportunity to network with the rest,” a tool that would come in handy seeing how students are able to benefit from acclimatizing themselves to a surrounding that caters to their academic and social expectations. Vidun hopes to major in Mechanical Engineering post-transfer completion, and we wish him nothing but the best!

Lankans are choosing Australia as their ideal destination for post-secondary education at an increasingly rapid rate, with 5,500+ students opting to learn in some of the world’s best student cities in Melbourne, Sydney, Brisbane, Canberra, Adelaide, and Perth annually. The Australian Foundation and Diploma Programs available at ANC Education provide individuals with an avenue through which they can study in several leading universities all over Australia from their 1st or 2nd years, with the Diploma Program being the equivalent of the first year of a Bachelor’s degree program. Focused on high-quality education while not breaking the bank, we are also partnered up with the highest number of Australian universities in Sri Lanka, offering students guaranteed entry into some of the best institutions available to pursue their tertiary education while capitalizing on the nation’s offering of 2-4 years of post-study job prospects and PR opportunities. We are partnered with the following institutions and more in fulfilling the above;

Come visit us at our ANC Colombo and Kandy branches between 29th August to 3rd September during our Australian Application Week for information regarding the September intake. Start your studies at ANC without delay so you can plan to graduate ahead of your peers, land a rewarding career, and achieve your future greatness! 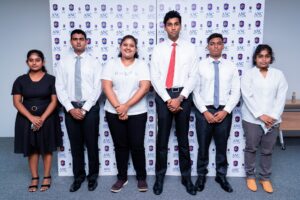 The Pathway to Your Degree in Medicine is in Fact Sooner Than Later, Now with ANC Medical Placements. 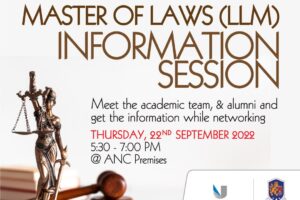 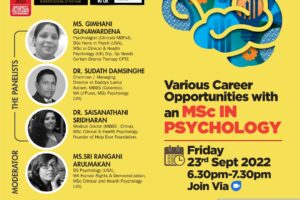 Diverse Career opportunities with an MSc in Psychology – University of West London, UK

The Pathway to Your Degree in Medicine is in Fact Sooner Than Later, Now with ANC Medical Placements.